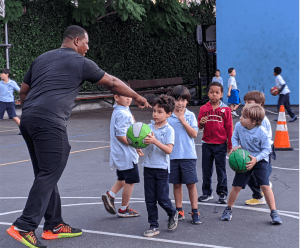 Coach Rashawn was an NFL American Football player that really was a Jack-of-all-trades.  He played high school football at St. Peters Prep which is located in the same town he was born and raised, Jersey City NJ.  At St. Peters Rashawn developed into one of the top 10 players in the country and decided to pursue his athletic dreams at the University of Virginia.  While at the University of Virginia, Rashawn excelled on the field and in the classroom.  He finished with a 3.8 GPA and with a number 1 ranking for fullback / tailback threat in the 2010 NFL draft.

The Carolina Panthers picked Rashawn up late in the draft but it was a blessing because in Carolina he was able to pursue another other things that made him happy.  In 2011, Rashawn became an ambassador for the Charlotte Zoological Park where his focus was big cats. During that time his crew helped national geographic in developing “The Last Lion” which was a film that focused on a lioness named Ma di Tau (“Mother of Lions”) as she battles to protect her cubs against the daunting onslaught of enemies to ensure their survival. 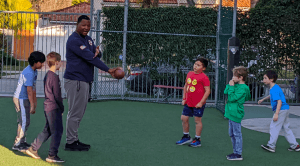 In 2012 Rashawn was released by the Panthers and picked up by the Oakland Raiders which is why California is the place he now calls home.  During his time in Oakland, Rashawn created a clothing line, which would host youth camps throughout the year.  Rashawn has always had a passion to serve the community, which is why he worked for numerous youth groups in New Jersey, Maryland, D.C, Virginia and California.