Coach David was born and raised in Tel-Aviv, Israel, and made a name for himself playing soccer for some of the top teams in the Israeli first division. In 2017, Coach Mor was inducted into the Appalachian State university Athletic Hall of Fame. He’s an  extensively trained and experienced Exercise Physiologist and a Licensed Soccer Coach who have been fortunate to combine both world of teaching and coaching at the high school, collegiate and club levels.

Coach Mor is well known in the greater soccer community for his involvement in college and club coaching. His most recent college coaching position includes 15 years as varsity head men’s soccer coach at Ohio Dominican University in Columbus, Ohio, and ten years with the Columbus Blast youth soccer club.

He has led the men’s soccer at ODU to numerous achievements, including three Conference championships, and two trips to the NAIA Nationals. He has been named Conference Coach-of-the-Year two times.

In addition to serving as head men’s soccer coach at ODU, Coach Mor served as a senior faculty member in the Health and Physical Education department, teaching exercise physiology. 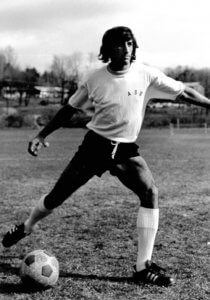 He went on to earn a doctorate in Exercise Science from the University of Toledo, Toledo Ohio.