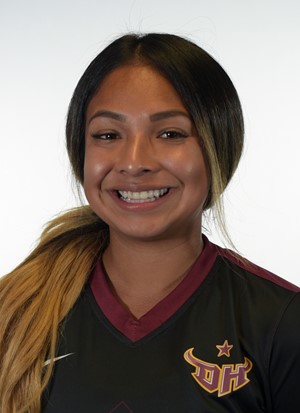 Soccer was always her first love.

Coach Daisy started playing soccer at the age of 4. Her parents always wanted to challenge her so she grew up playing with a boys club team. when she was not playing on the boys team she would play on her older sisters team where everyone was 3 years older then her.

She also ran cross country, boxing, volleyball, and basketball. She lettered in 2 sports in High school where she was captain of both. After high school she decided to focus on just soccer. She played her first 2 years of college soccer at Antelope Valley Community College  where she was voted rookie of the year my first year, and became captain and MVP my second year. She continued her soccer career at California State University of Dominguez Hill (DII) where she graduated with her BA in psychology in 2017.